You are here: Home / Side Dishes / X Marks the Spot

The final pirate recipe for this week has just that. After scavenging through my galley, I created this fun and delicious recipe that had my crew asking for more. 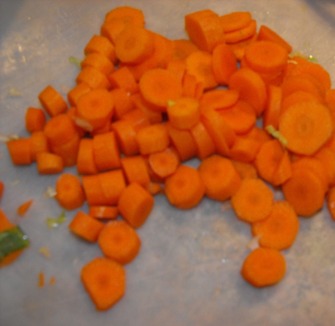 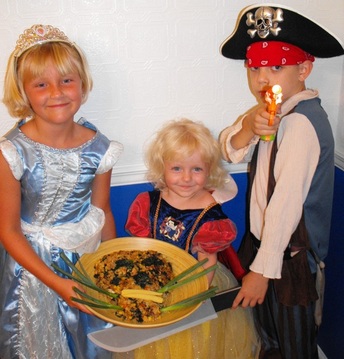 The kids thought this pirate treasure was yummy!

Carrot coins, golden corn, and Kale provide a treasure both visually and nutritiously.  By using brown rice you enjoy a healthier option that adds great flavor.

You can easily change the ingredients depending on the loot in your pantry or to suit the preference of your favorite pirate.

X MARKS THE SPOT! Even the most dastardly pirate will love this rice dish! 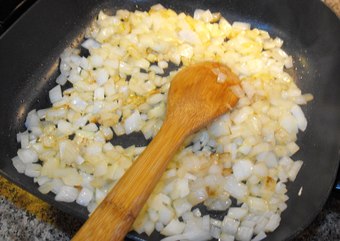 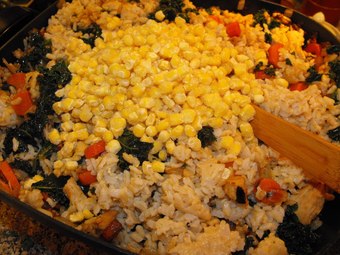 Colorful Veggies Are The Treasure

Heat oil in a large non-stick skillet or wok over medium heat, add onion and sauté until onions are translucent on edges.

Add carrots and cook until slightly tender. Add corn, kale, and chicken. Season with soy sauce and black pepper; gradually crumble in the brown rice, stirring as you do so to evenly distribute the rice in the vegetable blend.

Continue to stir as it cooks until rice is heated through. Taste and add more soy sauce, if needed. 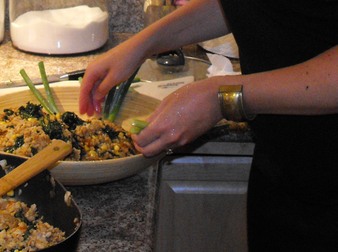 Sculpting the Rice Into a Skull

Arrange on serving platter in a skull shape and pull together a few pieces of the kale to form the eyes and nose. Use the corn for the mouth and add the green onions as the cross bones.

Perhaps the most well-known Pirate Festival in Florida, Gasparilla Fest is held yearly in Tampa.  The next extravaganza will be held January 21, 2012.  The event features a parade, a brunch at the Convention Center, fireworks and a street festival, but the most memorable part of the day is the Pirate Invasion when the tall-masted Jose Gasparilla pirate ship enters Hillsborough Bay with cannons booming and flags unfurled.  It’s always an exciting weekend, so if you’re planning to attend the festival, you’ll want to make hotel reservations early.

Closer to home, the 4th Annual St. Augustine Pirate Gathering will be held October 28-30 of this year.   “Visitors are encouraged to dress as pirates and join the Krewe of the  Black Heart and Ancient City Privateers in weapons demonstrations, sailor’s encampment and a pirate mutiny.”  The festivities also include a Thieves Market, pirates telling stories of the high seas, and a Matey’s play area for the little ones.

But if you’re eager to eat your bounty, remember all of the recipes featured during pirate week.  They’re sure to create a memorable feast for you and your crew, right in your own home.