My time is going very quickly here but everything has been wonderful.  After we arrived at the Manior de Brion on the Coast near Mt. Saint Michele we explored both Normandy and Brittany.  First we headed to the beaches where the Allied forces had invaded France to fight back the Nazis and ultimately win the war.  Our first destination was a Museum in the village of Bayeux. 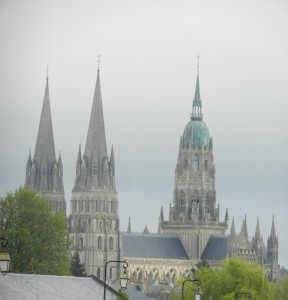 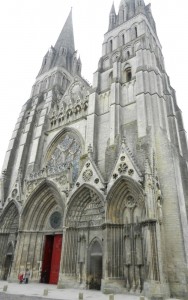 However, once we arrived in this beautiful village, we were quickly distracted by their beautiful cathedral.  We took the time to walk through and admire the very beautiful workmanship it reflected. 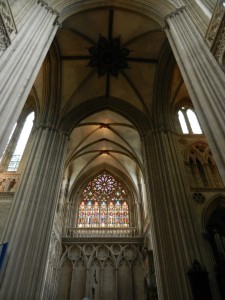 Inside the beautiful cathedral 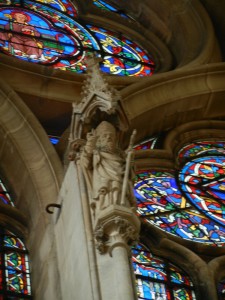 Inside the Bayeux Cathedral 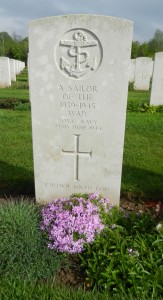 A Soldier’s grave in the Bayeux Cemetery

WWII Museum and Memorial in Bayeux

Photos were not allowed inside the museum, but they had many exhibits of photos and reminders of the war as well as a short film about what transpired.  Near this museum is one of the many cemeteries that hold thousands of young men that gave their life for this fight.

My great uncle, Jack Bright, was among the U.S. soldiers that participated in this invasion.  He was a young, unmarried man, from a farm in rural North Carolina. 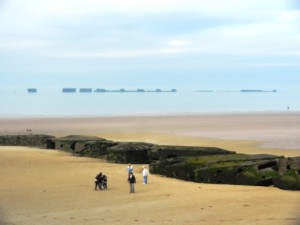 The remains of the Allied harbor in Normandy

Very tragically upon his arrival with the troops on the shore in France, he was wounded and consequentially a few weeks later he died. When I was very young, my grandfather would sometimes show me photos of Uncle Jack, the Purple Heart he had been awarded, the blood stained Bible he held and read in his last weeks, and the flag that had covered his coffin.  Uncle Jack is buried in England so I was not able to visit his grave, but I know that he valiantly helped fight with some of the soldiers that are buried in Normandy. 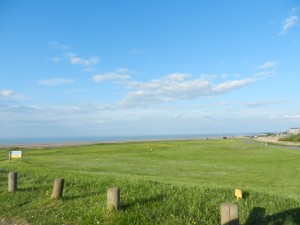 The pastures that became battlefields in Normandy

We also visited Omaha beach where it is still possible to see the remains of the harbor that the Allied forces created during the war.  It was fascinating to imagine the engineering that enabled the total operation of the war to work.

Back at the Chateau, our hostess, Madame Cronin, shared stories of her memories of the war.  Her father had served valiantly in WWI where he was exposed to Mustard gas.  As a result of the injuries, they had been forced to leave the south of France because the salt air and climate of Brittany was better for his lungs. 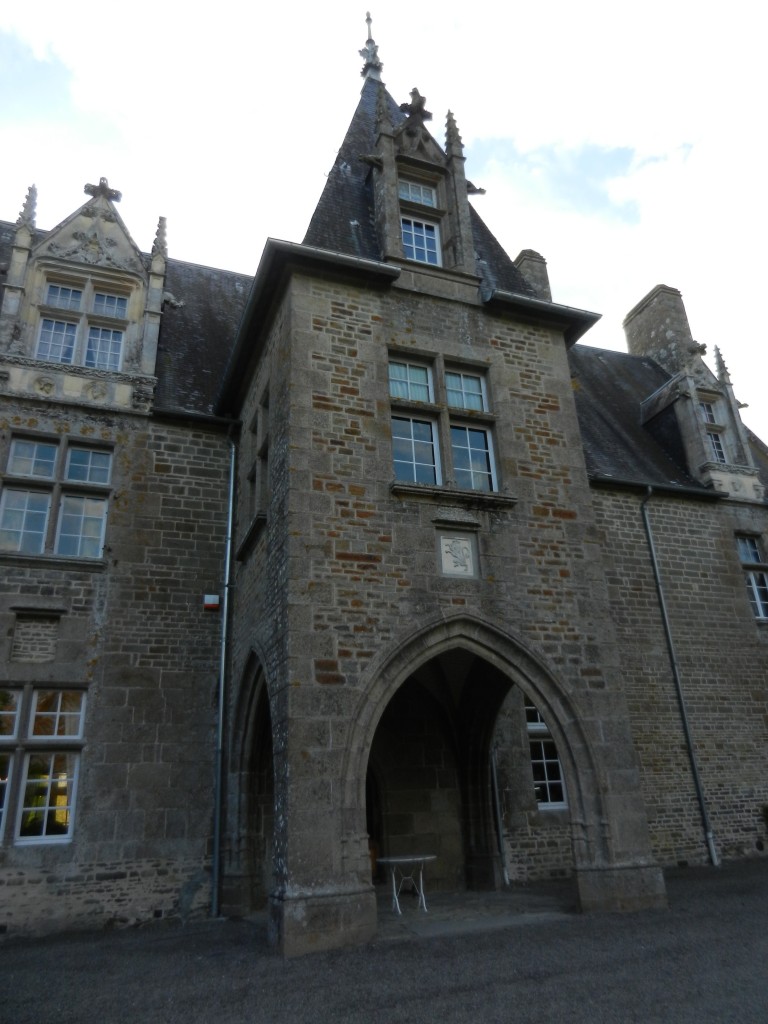 During WWII he was taken as a prisoner.  This left his wife and 13-year-old daughter (Mme Cronin) alone in the Chateau.  For several months the Nazis set up camp there, leaving the true owners with only a few rooms and using the remainder of the space for their soldiers.  Fortunately, given the circumstances, they were very civil to her and her mother.  Mme Cronin shared that during that time, chocolate was impossible to acquire but the Nazi soldiers often had it and would offer it to her, but she would refuse. She did not want candy from the enemy.  Sometimes they would leave it where they knew she would find it but she refused to eat it! 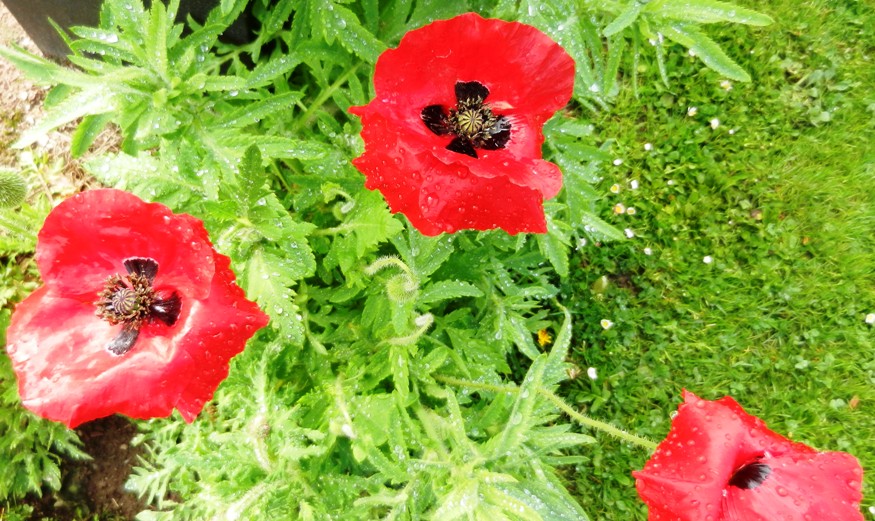 Poppies for remembrance in Normandy